Not that I need to beg you to excuse my long absence from the Web (I'm sure my lack of any standards lately when thinking of subjects about which to blog have driven all but the most masochist of you away), but this time I really have a good excuse for not Internetting for over two weeks. I've been taking care of this asshole. 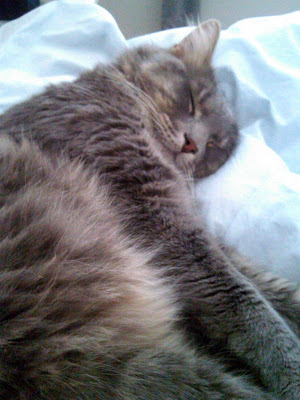 Yes, I've taken one more step into the inevitable spiral of crazy by procuring this cat. But really, I'm just hedging my bets against going directly to hell, as I extended my goodwill to rescue this little nightmare from the shelter.

"But Marissa, how can this lil' cutie patootie be such a nightmare when he's so cuuuuuute?"

Well, let me count the ways: 1) He's had to go to the vet twice (come this Wednesday, it'll be three times), costing me precious dollars that could've been spent on something more appropriate (*ahem* offtrack betting *ahem*); 2) He broke a glass by knocking it off a shelf thinking it was a toy; 3) He's lost all his actual toys (seriously, where are they?!), costing me additional, all-important off-track betting funds; 4) He's a cat.

It turns out, I'm not really a cat person. In fact, I'm quite afraid of them overall. I used to have a theory that they had no souls (much like gingers) and, thus, were destined to steal humans' by staring them down with their demon yellow eyes.

Stop laughing. On a less insane note, cats have sharp claws and sizable incisors. When I play with animals I don't generally like to fear that I'm going to lose large slivers of my skin. I understand love hurts (thank you, Nazareth), but I'm pretty sure that's only supposed to be metaphorical.

And so I'm depending on Humphrey (yes, as in Bogart; yes, as in long for Humps), to grow the Garfield gene. I want his only duties to include: 1) Being fat; 2) Being lazy; 3) Adding witty commentary to my thirtysomething life because life without Garfield is just sad.

And speaking of misery, or should I say the opposite of misery (give me a break -- not blogging for a fortnight left my segue skills a little rusty; although my Segway skills are still stellar), I saw the Dismemberment Plan on Saturday night and it was the best live show I've seen in DC. Here's why: There were very few teenagers there and the band was good. Remember when I had the most horrible time at MGMT? Well, Saturday was the exact opposite of that. The musicians were as seasoned as the crowd. Everyone knew what their role was. The band played their hearts out (not literally, ew), and the crowd, mostly full of people who came of age when Emergency & I was released in 1999, reciprocated kindly. People knew the material. People cared about the material. People felt the material. And so did the band. For once, DC rocked. And in case you missed it, here's a subpar photograph I took: 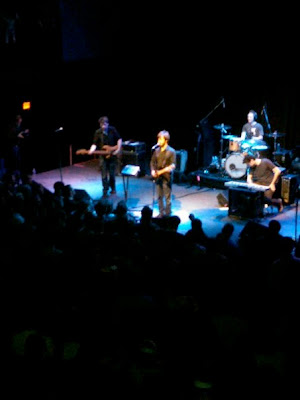 And in case you have no idea who I'm talking about, here's a video from when they performed on Jimmy Fallon on Thursday:

For real, that song is from 1999, yet it still sounds fresher than 90 percent of what's released today. And yes, on that note, your dear author has reached Official Curmudgeon Status, although one with most excellent taste. Now if you'll excuse me, I have to go yell at some kids to get off my lawn. Enjoy your Monday.
yours truly, Marissa at 9:54 AM 7 comments: links to this post 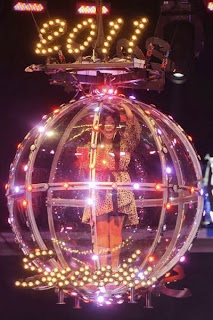 Either not everyone got the memo Snooki ball that it's now 2011, or some DC publications simply like reporting last year's news. And by "some publications," I unfortunately mean The Washington Post, which for whatever reason, people still seem to think is useful for more than just lining the pooping corner of your helper animal's living quarters. (Although, in my experience, Anti DC Creative Director Terry the Tourette's Turtle prefers to defecate on higher quality publications, like US Weekly and Highlights.)

But let's be fair. Maybe I'm being a bit too harsh. Maybe if I wasn't so busy aggregating my #suitablepublicationstopoopon thread on Twitter, I'd have more time to write about those (few) things the Post does well, such as...

Wow. That's way too much effort. Not to mention, that would be both boring to write about and excruciatingly mundane to read, as I wouldn't have been able to so seamlessly weave the words "ass apples," "bum fudge" and "doodly squat" into my intro, like I just did now. (You're welcome.)

And so we shall talk about the dumbest, most untimely sh*t -- excuse me, I mean "fecal brownies" -- I found in the Post this week.

1) Talk of the mysterious numbers from Hot Tub Time Machine Lost on the Post's "Hot Topics" bar (whatever the hell that is) at the top of the homepage.

First of all, yawn. Who cares? Second of all, didn't this stupid clusterf*ck of a show end months ago? Why is it only now a Washington Post "hot topic?" And while we're at it, why hasn't The Washington Post replaced the word "hot" with "trending?" Who are they? Starr Jones Rosie O'Donnell Barbara Walters on The View in 2002? KEEP UP.

But that's nothing compared to this next scat-worthy error:

2) Reporting on an art exhibit set to CLOSE next week. Uh, now maybe it's just me, but I like to read articles about art exhibits that are opening, rather than shutting down and moving on. And while I understand with art writer Blake Gopnik's departure the art editors might now be struggling to fill space while they look for a suitable replacement, reporting on something that's literally last year's news is just f*cking dopey. The New York Times first reported on the Arcimboldo exhibit at the National Gallery in September; I wrote about it in October, the Wall Street Journal even got to it, along with The Washington Post. Wait, what? The Post wrote about it in September 2010 (when appropriate, I might add) then proceeded to re-report on it in January 2011? Really?

Really. Jesus Christ (clearly said, with the accent of South Park's Big Gay Al)... A different writer and slight variations in the introduction and conceit are no excuse for this rookie mistake. Actually, scratch that. Even rookies don't make errors in judgement this egregious, especially in the era of electronic archiving. If you're unsure, Google it to make sure it hasn't been done. More so, just know that reporting on an art exhibit five days before it closes is just a stupid idea in the first place, you f*cking morons.

Now if you'll excuse me, I have to go put on the soundtrack to Inception and dream up more synonyms for the word "sh*t." I suspect that since the Post is in the habit of repeating itself, it's highly likely that I'll have to write about this again, and toilet pickles forbid, I make a similar mistake and use the phrase "rectal feedback" more than once...
yours truly, Marissa at 10:19 AM 5 comments: links to this post 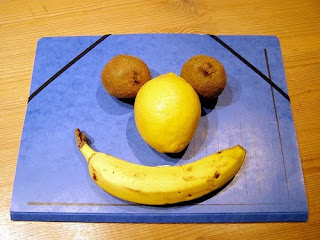 You know what DC needs more of? Food trucks. And I'm not even being ironic. I mean it. There are definitely not enough mobile meal options in the area, which is why I'm coming up with a plan: Affordable Smoothie Solutions.

Now, since I don't know sh*t about obtaining a license to serve meals on wheels to those who can afford to pay a few dollars for a delicious and healthful smoothie/juice beverage, I'm on the hunt for those who do. In other words, would you like to be the Hugh Honey to my Vic Vinegar and help me spread the delicious taste of A.S.S. all around town this summer? If so, contact me here, here or here, as I am quite serious about capitalizing on this trend and making all kinds of money when the disgustingly hot swamp summer rolls around.

In other business-related news (although certainly not the A.S.S. juice business), an artistic friend of mine is selling a book of flowery photos over here. Although too late for the December gift-giving holidays, it's arrived just in time for National Bean Day. YOU ONLY HAVE ONE DAY LEFT TO PREPARE! Luckily, there's no better way to show that special garbanzo how much you care than by purchasing a book full of photos of his or her distant cousins.

Speaking of special garbanzos, I have to give a nod to new Mayor Vince Gray, who proved yesterday that next to Baby Preacher, he's the No. 1 motivational speaker in the Free World for DC voting rights.

YES! I want to go leave a flaming bag of dog excrement on the stoop of the Capitol! Who's with me??? Vince?

Where the f*ck did Big Baby Preacher go?

"After the speeches, Gray, at the last second, declined to join the activists, who were going to lobby the office of incoming House Speaker John Boehner," reports WAMU 88.5 FM. "The mayor says he talked it over with [DC's fake representative/all-around baller Eleanor Holmes] Norton and the two will instead call and make an appointment to speak with Boehner in person."

Exquisite! Because there's no better way to "fight" the powers that be than by calling their receptionist and scheduling an appointment for two weeks from never. Ugh.

But let's not get ourselves feeling too hopeless already. Along with our extensive preparations for the A.S.S. truck, National Bean Day, and listening to rousing speeches about fighting the powers that be before deciding instead to do lunch with the powers that be, we must also make time to have fun during the last 715 days we have left before the Dec. 21, 2012 fake apocolypse sets in. (Are you really ready for nothing to happen?)

Anyway, I think I'll start off my fun day by drawing a full-size bath for my bear, if you know what I mean. In case you don't know what I mean, allow me to tell you: I'm going to procure a tub, fill it full with refreshing water, then wait for a baby mini bear to look cute in it. Alternatively, I can piss a bear off by giving it a tiny bucket of water, laugh at its struggle to fit in, then threaten to put it on YouTube.

Yeah. What a bunch of assholes. And let's be honest, I'm not sure this was the best plan... If this grizzly remembers this time of frustration, these people better be prepared to live without faces because this bear will rip into it like Daniel Day Lewis did a milkshake. DO NOT PLAY WITH A BEAR'S EMOTIONS!

*Photo "Archimboldo's Kindergarten" unknowingly provided by Flickr user erix. Thanks!
yours truly, Marissa at 9:15 AM 2 comments: links to this post