this is what happens when i go to the movies 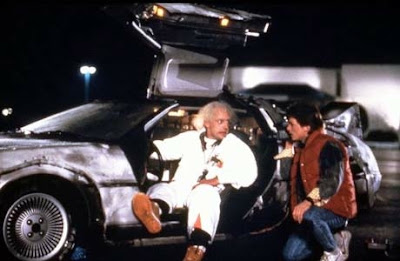 I'm gonna be blunt, mostly because by the time we get to the end of this essay I'm sure you'll be assuming I've been smoking one. But before we go there, let me just flat out declare that E Street Cinema is by far my favorite movie theater in DC. Obviously that isn't that crazy of a statement, considering that not only is E Street usually the only cinema showing many of the films I most want to see (i.e., The Room), but it's also located underground, which means film-goers can be assured that their film experiences won't be interrupted by groups of petulant teenagers texting or worse, actually talking on their cell phones about sh*t they're probably way to young to even know exists yet anyway, let alone use their outside voices to chat about with someone actually outside. Hmph. But seriously, shut the f*ck up children and let me enjoy this film whilst quietly sipping on a theater-priced libation.

Oh? Did I forget to mention E Street serves liquor? Yeah, like I said, it's my favorite.

Anyway, the reason I'm bringing this up is because last night I went to see Midnight in Paris, the new Woody Allen movie starring a whole bunch of famous people, including  Owen Wilson who got the most screen time. And let me tell you, that sh*t was tight. In fact, I think I'm pretty confident saying that this film has dislodged Terminator 2 from my list of Top 3 greatest films ever. (The Top 2, of course, shall now and forever remain Who Framed Roger Rabbit? and Pee-Wee's Big Adventure. I'm extremely high-brow.)

Now, without revealing too much about the plot, I will steal a one-liner from my date, Anti DC Creative Director Terry the Tourette's Turtle, who said, "It's basically the art-house version of Inception. Donkey balls!" Hell, it even starred Marion Cotillard as the love interest! However, instead of exploring deepening levels of someone's subconscious mind, Midnight in Paris explores time, among other things like love, literature and happiness. It's amazingly clever and is probably the only film I've seen that's been successful in the magical realism genre, which I tend to favor only in books. I mean come on, Lost (although not a film, it's still something to be watched) tried it and look how that turned out -- it was Hot Tub Time Machine without the laughs!

And so (and this is the part during which you'll start to suspect I've been indulging in the good sh*t), Midnight in Paris got me thinking again (yes, again) about theoretical physics. You know how scientists discovered that atoms only act like we'd logically suspect them to when we're actively observing them? And that in actuality all atoms might be everywhere at once? And that maybe, just maybe, everything really exists on an infinite two-dimensional plane, which means -- holy crap! -- we're living in a hologram that just seems 3D because of the mechanisms that make up our conscious senses allow us to see it that way? Or something! Well then... does this mean magical realism could potentially be really real for real?! Does time solely exist because of our conscious perception of it? If our purported 2D universe were to shift ever so slightly altering every atom, would time then warp, too? Would it stop completely? Most importantly, if we were to discover how to manipulate this theoretical 2D plane and alter our perceptions, would we then be able to travel through time and make all of our magical realist dreams come true?!

Wow. It really is embarrassing that I have these types of thoughts completely sober...

But, oh well. It's called #dorkswag and, judging from the fact that I apparently speak in hashtagese now, I've got it in indefinite aggregate amounts. Perceive:

But seriously, time travel would be freaking awesome, right? RIGHT?!

(Give me a break. It's the weekend. Enjoy yourselves.)
yours truly, Marissa at 5:09 PM

E Street is by far my favorite theater as well. Not only are people not on their cell phones, but I've never even seen a teenager at E Street. Those young punks never go to E Street and that makes me happy. I've never had a negative theater experience at E Street other than the movie I selected being bad, but that's not the theater's fault.

And now I guess I should see Midnight in Paris.

I don't mind teens, it's just the texting and, literally, answering the phone during the movie. Totally unacceptable. But yes, definitely see Midnight in Paris. I already want to see it again.

E St is one of my favorites too, all of the higher brow movies I've seen I've seen there (Restrepo, Skin).

However, my favorite theater has to be the Arlington Cinema and Drafthouse (they serve liquor too). It's only got the one screen, but they make the most of it, witness Dude Fest and the Biannual TPS Report Managers' Meeting (respectively the Big Lebowski and Office Space shows). Add in midnight movies and showing all three LotR films in a row and you've got a winner.